An Introduction to 6 Different Types of Composite Testing 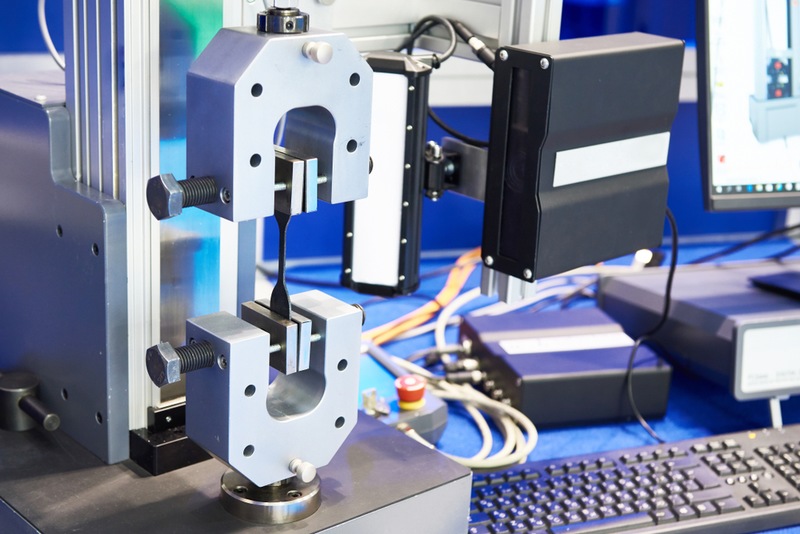 Through extensive composite engineering, manufacturers seek to produce materials that are lighter and stronger than traditional building materials. In addition to those benefits, some advanced composites may be more resistant to corrosion or temperature extremes, as well. Composites are the material solution to problems across a myriad of industries, but how exactly are engineers certain that composites will work for a given application?

With composites, there are many potential constituent materials, laminates, and manufacturing process which all play a role in the final properties of an advanced composite part. In addition, unlike metals, most composites have orthotropic behavior, which means that the material properties are different in different directions.  With so many laminate possibilities, advanced composites typically undergo mechanical testing in multiple orientations to establish their suitability for a specific design. Common tests include tensile, compression, shear and flexure. Standard testing procedures for many composite testing methods have been defined by various associations and authorities. Below, we go into greater detail about 6 different types of composite testing that can be used to measure composite performance and establish material allowables.

As one of the most common forms of composite testing, tensile testing is one of the most effective ways to measure a material’s yield strength, among other things. Yield strength is the point at which a material will begin to deform when placed under stress. Tensile tests can also be performed to measure tensile strength, capture strain data and used in determining Poisson’s Ratio.

The previous two types of tests both apply force perpendicular to the composite’s surface. In a shear test, force is applied parallel to a composite’s surfaces. This applies stress to the material by forcing opposite sides of it to move in a sliding motion, which allows composite manufacturers to test for shear strength – the maximum amount of stress that the composite can endure before failure.

Over time, wear and tear can lead to a significant reduction in durability for composite materials. An impact may leave no external sign of damage, but a composite may be damaged beneath the surface. This damage may be difficult to identify until the composite fails. As such, testing for damage resistance is critically important. Compression after impact testing (abbreviated as CAI testing) measures the ability of advanced composites to withstand damage after an impact event. Damage tolerance is important for many types of systems, such as pressure vessels, composite aircraft components, and other structural members.

Fatigue is defined as a type of structural damage that occurs in cyclically loaded structures. Over time, the fatigue suffered by a composite material will result in the development of cracks and eventually lead to failure. Fatigue is caused by a material experiencing a large number of cycles of a stress below the material’s yield strength. A common example of fatigue in the aerospace industry is cabin pressurization in airliners, which undergo thousands of cycles over the aircrafts lifespan. In fact, the number of pressurization cycles the fuselage undergoes is a bigger factor than total operating hours when the decision to retire an aircraft is made. By analyzing a composite’s structural durability in different cyclic loading conditions, its resistance to fatigue can be determined, and aircraft can be retired safely before structural failure occurs.

High-rate testing is unlike these previous forms of composite testing because they all apply strain slowly, or quasi-statically. Materials often exhibit different behaviors when loads are applied at high rates. High-rate testing is an effective way to measure a composite’s reaction to crash behavior.  At Mentis we use a Split Hopkinson Pressure Bar (SHPB) Apparatus for testing the compressive reaction of different materials.  The SHPB is used to measure stress, strain, and strain rate.  From this the elastic modulus can be determined.

In addition to these six methods of testing, there are many other mechanical tests for composite materials, too. By developing a test plan with program needs in mind and methodically carrying out these tests, composite manufacturers can ensure that their material will perform exactly as designed for the specific application. If you are interested in learning more about using composite testing to design advanced composites, get in touch with Mentis Sciences today.